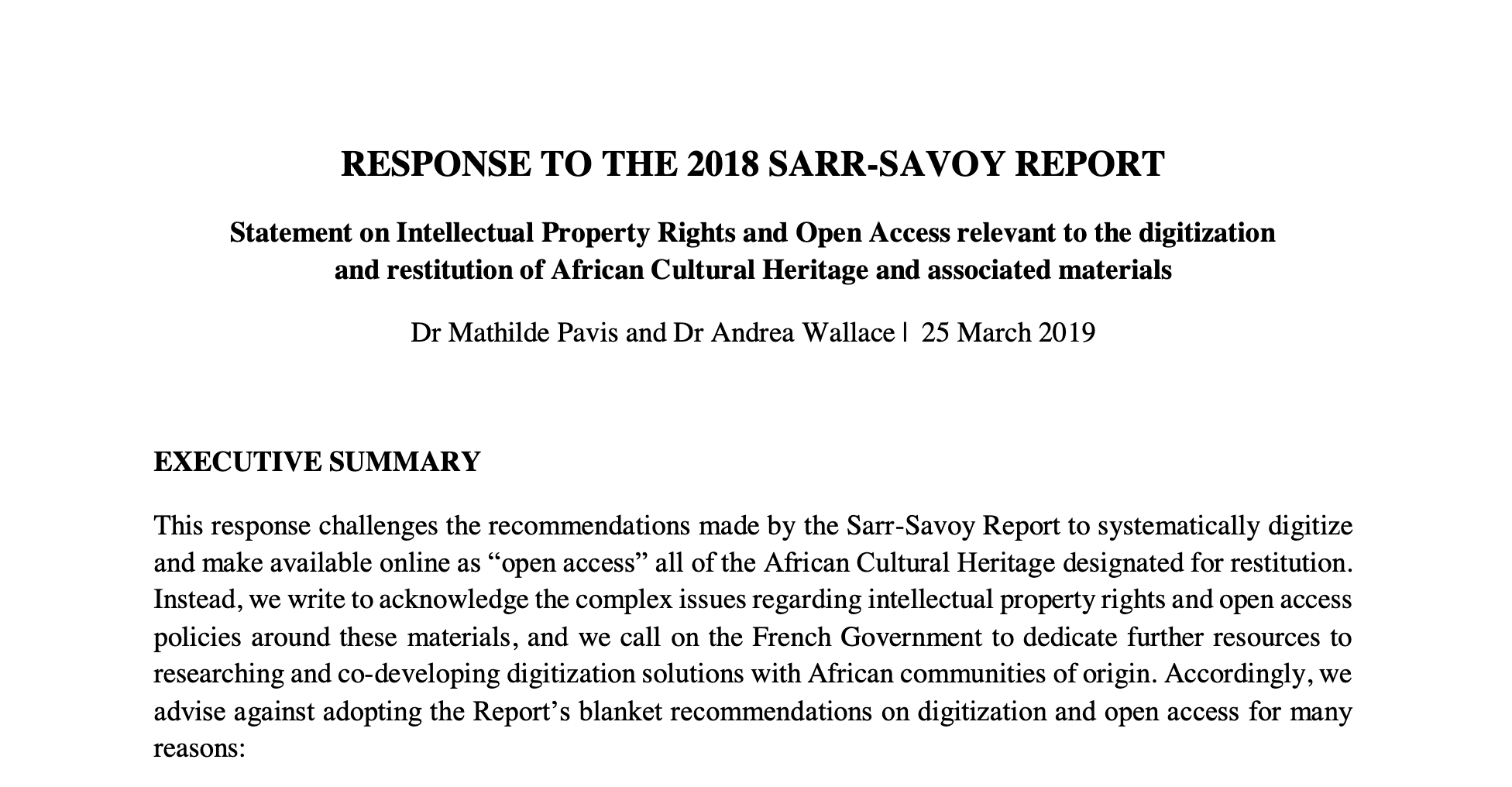 SCuLE researchers Dr Mathilde Pavis and Dr Andrea Wallace published a Statement on Intellectual Property Rights and Open Access relevant to the digitization and restitution of African Cultural Heritage and associated materials in response to the 2018 Sarr-Savoy Report.

The Sarr-Savoy Report was commissioned by the French government and outlines a plan for the restitution of African Cultural Heritage held by French cultural institutions and museums. One of the recommendations of the Sarr-Savoy Report encourages the digitization and sharing of digitized and digital materials destined for restitution.

The Response by Pavis and Wallace challenges the recommendation put forward by the Sarr-Savoy Report regarding the digitization and management of cultural objects designated for restitution.

Pavis and Wallace argue that intellectual property rights and access policies should be considered by the French Government as part of the restitution process. Going further, Pavis and Wallace explain that questions of intellectual property rights, open access and digitization of materials designated for restitution ought to be discussed with and decided by communities of origin. This applies to the cultural objects and any associated materials, such as archival content.

In their response, Pavis and Wallace note the following:

Pavis and Wallace’s Response to the 2018 Sarr-Savoy Report has been signed by 108 scholars and practitioners working in the fields of intellectual property law and material and digital cultural heritage at universities, heritage institutions and organizations around the world.

The Response was featured in the Times, and Dr Pavis and Dr Wallace were invited to contribute to a podcast with Museopunks: ‘Episode 41: Digitization is not neutral’.