Hitoshi Nasu is Professor of International Law at the Exeter Law School. Prior to his current appointment, he held academic positions at the Australian National University, where he was also Co-Director of the Centre for Military and Security Law and the Australian Network for Japanese Law, and was a visiting research fellow at the Faculty of Law, National University of Singapore.

As an expert of international law, Hitoshi is interested in the intersection of international law and new developments in science and technology. Without any background in science at all, he started this challenging journey in 2009, with his first major funded project on the legal regulation of military and security applications of nanotechnology (Australian Research Council, Project ID: DP110102637). After a series of almost incomprehensible conversations with scientists, he started understanding various potential applications of new scientific and technological developments that require legal response or raise legal issues. Currently, he is interested in exploring how the rise of artificial intelligence and robotic technologies might affect the operation of international law, whether legal response can provide effective defensive mechanisms against misinformation, and how international law applies to military activities in the outer space.

H. Nasu and T. Faunce. “The Proposed Ban on Certain Nanomaterials for Electrical and Electronic Equipment in Europe and Its Global Security Implications: A Search for an Alternative Regulatory Approach.” European Journal of Law and Technology 2, no. 3 (2011).

H. Nasu and T. Faunce. “Nanotechnology and the International Law of Weaponry: Towards International Regulation of Nano-Weapons.” Journal of Law, Information and Science 20 (2010): 21–54.

Exeter Workshop for the Woomera Manual on the International Law Applicable to Military Space Operations, University of Exeter, 5-9 August 2018.

H. Nasu, “The Future of Nanotechnology in Warfare,” The Global Journal, 4 July 2013. 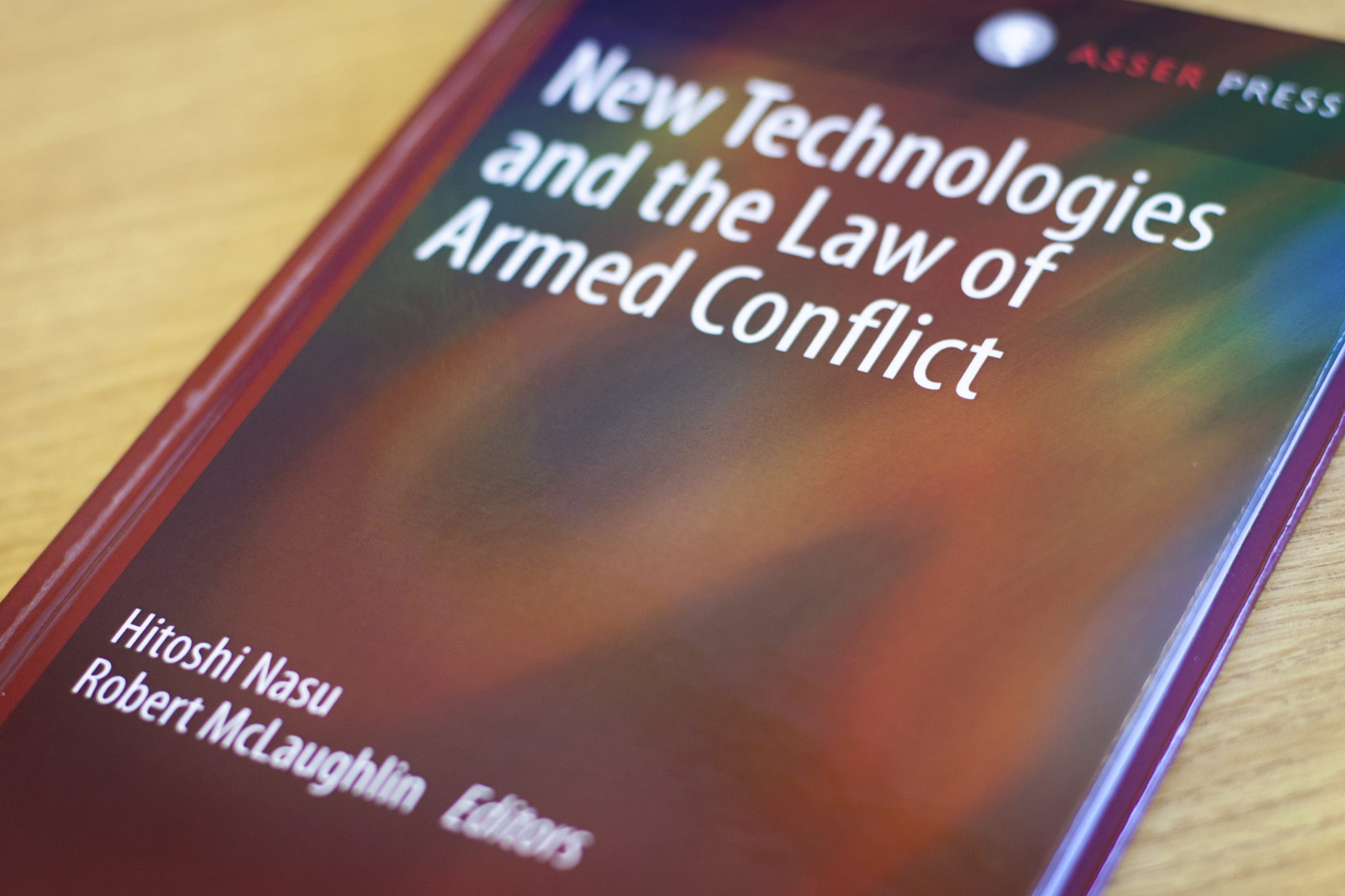 <
►
>
"New Technologies and the Law of Armed Conflict," edited by Hitoshi Nasu and Robert McLaughlin