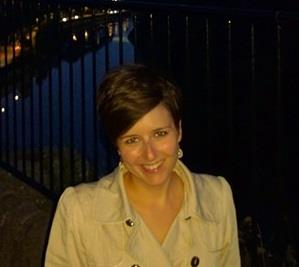 Alice is a Lecturer in Law at the University of Exeter. She holds an LL.B. from the University of Warwick in European Law (Integrated Common Programme), incorporating a year of legal studies at the Université Lille 2 in France and the Universität des Saarlandes in Germany. In 2012 she was awarded the degree of Master II, Mention Droit International et Européen alongside her LL.B.

Alice holds a further LL.M. in Advanced Public International Law from Leiden University’s Grotius Centre for International Legal Studies in The Netherlands, and an MRes in Environment, Energy & Resilience (with distinction) from the University of Bristol. She has previous experience working in international organisations and research institutes, including the Organisation for the Prohibition of Chemical Weapons, the Council of Europe, and the T.M.C. Asser Institute. Alice is currently completing her PhD specialising in climate justice at the University of Bristol.

Alice’s research interests lie in Climate Law and Policy and span Public International Law, Environmental Law, Constitutional Law and Human Rights. She has been exploring the remedies available to climate vulnerable Small Island Developing States under international human rights law and how climate justice can be reconceptualised to provide for both the distributive and procedural justice challenges faced by communities in practice. This ESRC-funded project was framed by a regional case study of the South Pacific engaging with policy-makers, UN bodies, civil society groups and lawyers over the course of three months of fieldwork hosted as a visiting researcher by the University of the South Pacific’s School of Law in Port Vila, Vanuatu from May-July 2016.

She has previously published research in Climate Law examining the institutional barriers to engagement with international human rights frameworks facing Small Island Developing States, drawing upon her empirical findings and outlining key steps in capacity-building, climate finance, political and legal harmonisation to break them. Her current research is examining rights-based responses to climate-induced displacement in Small Island Developing States. She is also exploring the prospects for future rights-based climate litigation in the United Kingdom.

In addition to being a member of SCuLE, Alice is a member of the Exeter Centre for International Law and works with the Global Systems Institute.

A. Venn, “The Courts can play a pivotal role in combating climate change,” The Conversation, 12 October 2018.

Cabot Cast No.2, “Paris and Politics,” with Dr Alix Dietzel (School of Sociology, Politics and International Studies, University of Bristol) on the ramifications of the US withdrawal from the Paris Agreement.