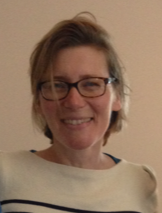 Tania received a French Law degree and Master’s from the University of Paris XI, and completed her English Law conversion at Brierley Price Prior (BPP) Law School in London.

Having trained as a solicitor at Linklaters in their London and Paris offices, Tania then worked as a qualified solicitor for Linklaters and White & Case. She taught as a lecturer and tutor at BPP Law School, London, on the Legal Practice Course. After moving to Switzerland, Tania worked as legal counsel for the hedge fund company Man Investments, as well as the pharmaceutical company Amgen.

Currently, Tania is undertaking a PhD, working on a socio-legal project.

Tania is interested in law and dementia. In particular, Tania is working in an inter-disciplinary manner with the Law School and Medical School to explore the issues that arise when persons with dementia enter into contracts with businesses as consumers. This ESRC-funded research aims to improve matters for people with dementia who may have entered into a contract they do not fully understand, cannot remember or cannot afford, by highlighting the consequences for all affected.

This project combines doctrinal and empirical research methods. To do so, Tania is exploring contract and capacity law, consumer law, equality and disability laws, as well as seeking new data through interviews with people with dementia, their family members and carers, the legal profession, charities and businesses that are consumer facing.