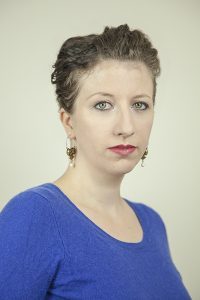 Inga’s research focuses on the intersection of criminal law, migration law, employment law and feminist theory. In this, her particular interests are feminised labour and labour exploitation, with a current research focus on the sex industry.

She is currently working on a feminist socio-legal project on sex workers’ preferred models of sex work regulation, which explores avenues of reconciling sex workers’ regulatory needs and preferences with existing legal concepts in employment and self-employment regulation. She intends to explore the possibility of an inclusive concept of labour law that accommodates the individualized working conditions of sex workers. In this her work hopes to center the voices of sex workers when thinking about labour law.

I. K. Thiemann. “Understanding human trafficking into the sex industry as a migratory phenomenon.” in Handbook of Migration Crises, edited by I. Ness and M. Ruiz. Oxford University Press, 2019.

I. K. Thiemann. “Beyond victimhood and beyond employment? Exploring avenues for labour law to empower women trafficked into the sex industry.” Industrial Law Journal (2018).

I. K. Thiemann. “Villains and victims, but no workers – why a prosecution-focussed approach to human trafficking fails trafficked persons.” Anti-Trafficking Review 6 (2016): 126–129.

“Villains and victims, but no workers – considering the labour rights dimension of human trafficking,” United Nations 8th Session of the Conference of the Parties to the UN Convention against Transnational Organized Crime, UN Vienna, Austria, 19-20 October 2016.